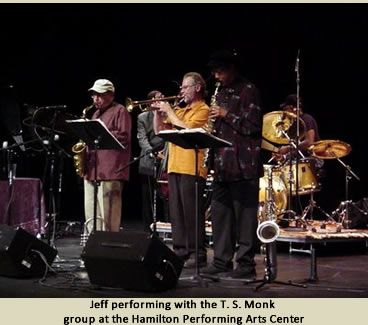 The Stickney family was very musical, and Jeff grew up singing and playing music throughout his childhood and youth. Jeff’s musical career officially began with piano lessons in first grade. He began playing the trumpet during the summer between 4th and 5th grades, and continued singing and playing trumpet and piano through High School. He was voted both best band and choir member during his senior year in High School.

Jeff began studying at the University of Montana as a trumpet major in 1975, and by the end of the year had switched to becoming an organ major. Although he continued playing trumpet, organ carried him through Graduate School. He completed his Masters Degree in Music at the University of Nebraska-Lincoln in 1983. 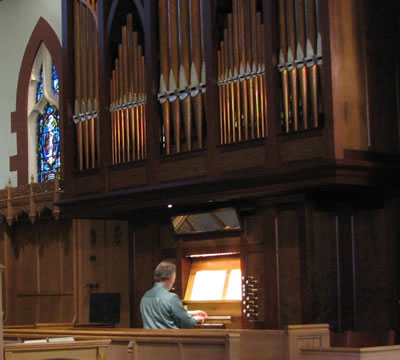 After graduating, he continued to play the organ at Grace Methodist Church until moving back to Montana in the spring of 1990. While in Lincoln, he also played trumpet in Mother’s Big Band, the Matt Sladky Orchestra, the Adolph Nemetz Orchestra, as well as other occasional gigs.

Since moving back to Missoula, he has remained active as both an organist and trumpet player. He has played with many local groups including The Ed Norton Big Band, Salsa Loca, Critical Martini, Cocinando, The Big Sky Mud Flaps, Reverend Slanky, and in numerous trio to quintet settings. He is the leader of the Brass Ensemble at University Congregational church where he also plays organ one Sunday a month, and has played with the Missoula Brass Quartet, the Missoula Symphony Orchestra, and the MSO Brass Quintet.